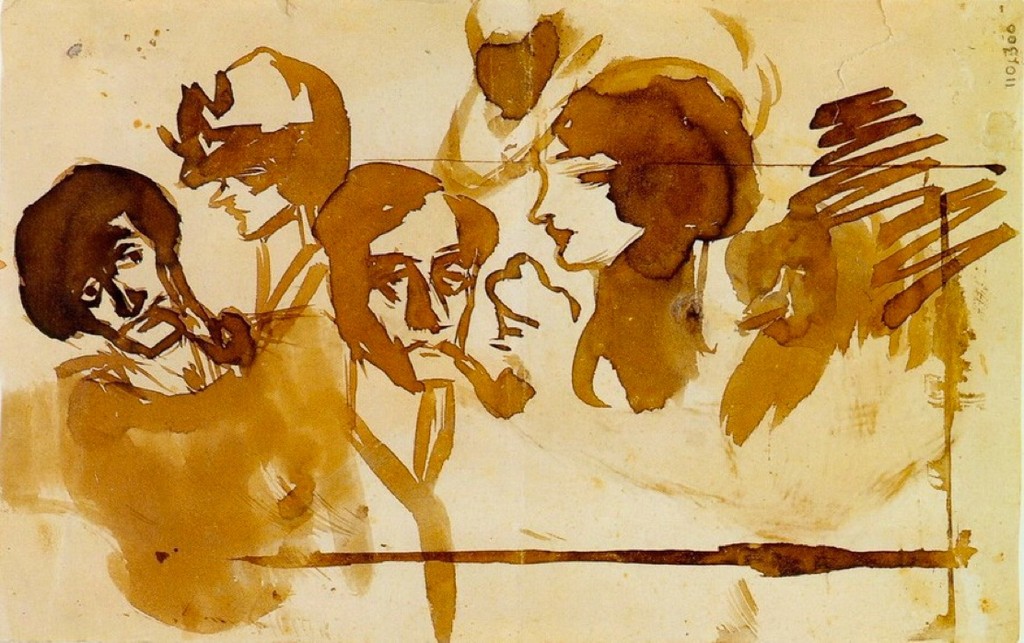 Whenever I admired an artist’s works, I always loved the studies. The sketches that led up to the “real deal”—the painting—had a magnetic quality of their own. Picasso did hundreds of drawings, trying out different styles and angles of something as simple as a hand. Realistic, abstract, white, blue, yellow, from all directions, he did it all. All of his work somehow culminated into a grand Picassos that we know so well.

I thought to myself: “I wish I could do that!” My paintbrush is the computer keyboard and my canvas a blank screen. How could I sketch anything worthy of display like Picasso? Then it occurred to me that I could do character studies: Vignettes of different characters. Just enough to give you a taste of who they are without a full-fledged story.

I’m the kind of writer who has a long list of characters that haven’t found stories yet. A man who wants to save the world but can’t figure out how. A chain-smoker who has a perverse love for her cancer sticks. An elderly man obsessed with keeping his mind sharp. All of these characters and more are languishing in my Evernote character folder, waiting for their story to be told. Most of them will never get that story because either I’m too thick to think of one or because I don’t have time. This is a sad state of affairs, indeed.

So I decided to give them a voice even if I didn’t have a story. In the space of 500-1,000 words, I’ll write in their voice and let them tell you a bit about themselves. See if their voices can become something bigger. Or they will remain mere vignettes. That’s still a lot better than gathering digital dust in a computer file nobody will ever open (other than me).

So, here I mark the inaugural voyage of the Not-So-Great Character Study Experiment! The first one is titled “The Wayward Mother.” I plan on posting those periodically.

Please share your thoughts and feedback. I hope to learn from tis experiment and learning is hard to do alone.

Latest Posts
To the Grand Dame of Crime

A love letter to Ruth Rendell

The intricate dance of work and play in the creative process

Why I Write What I Write

Understanding is the name of my game